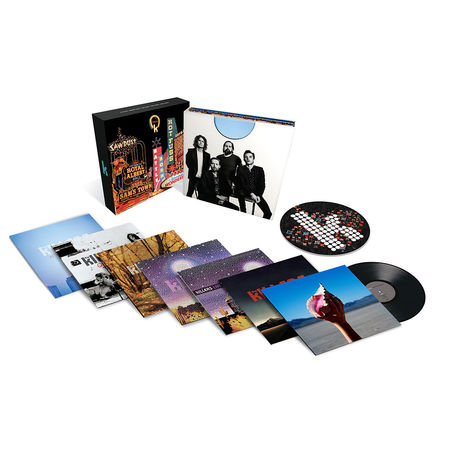 The Killers celebrate an astounding killer career to date by releasing all seven of their albums in one complete box set for the first time.

There could be no better way to start off such an epic collection than with The Killers’ three-times-platinum June 2004 debut album, Hot Fuss. Hot Fuss ushered in the band’s fresh take on New Wave and post-punk conventions by way of the instant-hit debut single “Mr. Brightside,” the wistful request to “Smile Like You Mean It,” and the sensual come-on of “Somebody Told Me.”

The Killers’ second studio album, October 2006’s Sam’s Town, was produced by Flood (New Order, U2), Alan Moulder (Nine Inch Nails, Foo Fighters), and The Killers, and it features the chart-busting sing-along singles “When You Were Young” and “Read My Mind.”

The band’s third album of studio-bred material, November 2007’s Sawdust, consists of a prime selection of the band’s B-sides, covers, remixes, and other rarities, including the band’s cover of Joy Division’s “Shadowplay,” which is always a crowd favorite during their live set and the galvanizing “Tranquilize,” the latter of which features the legendary punk icon Lou Reed at his finest.

Live From The Royal Albert Hall is a 2LP and exclusive to the Career Vinyl Box. Originally released in November 2009 as a live DVD, this double album captures The Killers at the peak of their live powers, as amassed from two energetic July 2009 gigs at the storied London venue.

September 2012 saw The Killers’ put forth their million-selling sixth album, Battle Born, which was named after their own recording studio as well as for a phrase that appears on the Nevada state flag. Battle Born is clearly battle-tested with such indelible hit tracks like the uplifting groove of “Runaways” and the thrilling buildup of “Miss Atomic Bomb.”

Finally, The Killers’ most recent studio effort, the stirring September 2017 Island release Wonderful Wonderful, saw the band once again debuting right where they belong at the apex of the album charts in both the U.S., the UK and Australia. Wonderful Wonderful also carries the distinction of being the band’s fifth consecutive UK chart-topper overall, and it’s buttressed by the disco-fied declaration of “The Man” and the urgent plea to “Run For Cover.”

The contents of The Career Vinyl Box all goes to show how truly wonderful The Killers’ recording résumé has been to date. Have all the songs been written? Given the overall breadth found in the grooves of this fine, fine compendium alongside the promise of what’s to come, the answer can only be, “Not if The Killers have anything to say about it.”

All 7 LPs in this box are pressed on 180g heavyweight vinyl and every set is topped off with a slip mat featuring the “K” from the band’s logo and inspired by the vintage lights of the Las Vegas.

More products from The Killers 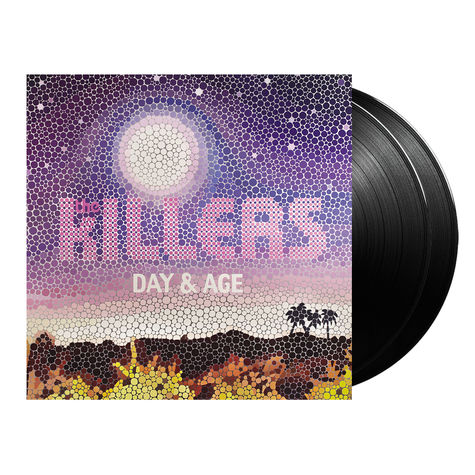