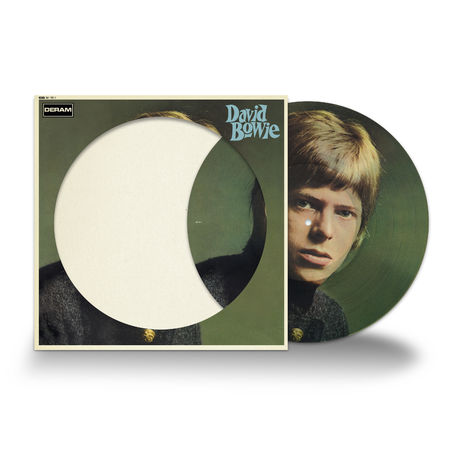 Features the singles “Love You Till Tuesday” and “Rubber Band”

According to his manager, Kenneth Pitt’s sleevenotes:

“Although he has rarely strayed far beyond his own London David Bowie, at 19, has seen more of the world than many people do in a far longer life-time. For David’s keen sense of perception and unusual powers of observation enable him to view the world around him with the eye of an articulate eagle”.