As a direct result of The Beatles’ keen curiosity about experimental music and other avant-garde artistic expression, Apple Records launched its short-lived Zapple subsidiary in February 1969 as a forum for unfettered sonic exploration, or, as announced at the time, “more freaky sounds.” George’s Electronic Sound and John Lennon and Yoko Ono’s Unfinished Music No. 2: Life With The Lions, both released in May 1969, were Zapple’s only releases before it was closed down. Electronic Sound’s cover art, painted by George, depicts his Moog IIIP (which was later used on four tracks by The Beatles on their album Abbey Road) with the four modules from which the sound was synthesized. Each side of the Electronic Sound LP featured one exploratory long-form work. However, the American version of the album placed the pieces on opposite sides to the UK record, but with the same titles retained on the labels. Consequently, there has been confusion about which track is which. Research for the out-of-print album’s new release revealed that the UK LP was correct with “Under The Mersey Wall” on Side 1 and “No Time Or Space” on Side 2. 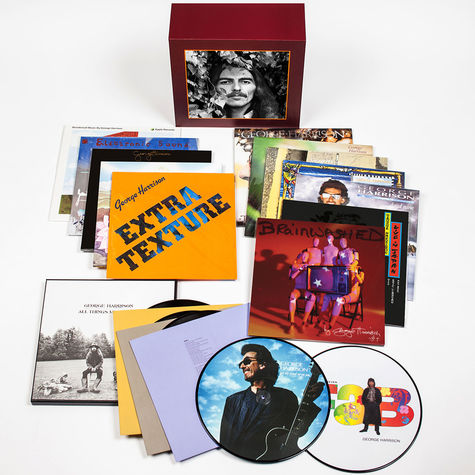