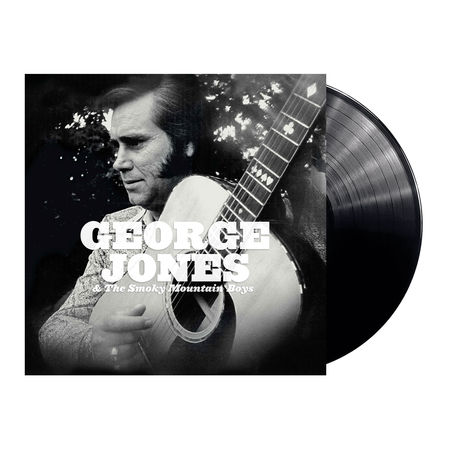 By most accounts, George Jones was the finest vocalist in the recorded history of country music. Initially, he was a hardcore honky tonker in the tradition of Hank Williams, but over the course of his career he developed an affecting, nuanced ballad style. In the course of his career, he never left the top of the country charts, even as he suffered innumerable personal and professional difficulties. Only Eddy Arnold had more Top Ten hits, and Jones always stayed closer to the roots of hardcore country.

These classic recordings from the early ‘70s, newly mixed from the original master tapes, find George in top form covering a selection of classic bluegrass and folk songs from such songwriters as Fred Rose, A.P. Carter, and Roy Acuff. Recorded in one session, George is backed by the legendary Smoky Mountain Boys who performed with the King of Country Music, Roy Acuff, for decades.