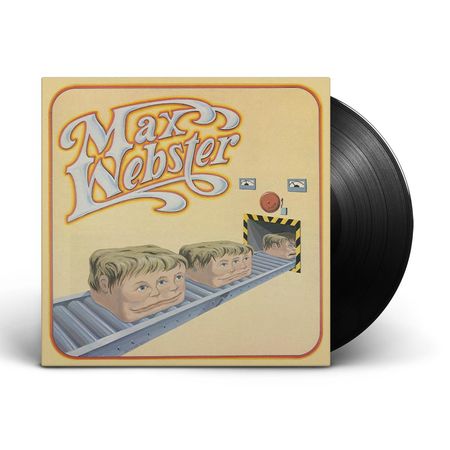 Available for the first time on 180 gram vinyl

Max Webster was the be all and end all of Canadian rock bands - end of story. Descended from planet Sarnia to emanate revolutionary wisdoms from heretofore undiscovered creases of the brain, lead artisan and spiritual guide Kim Mitchell, lyricist Pye Dubois, bassist Mike Tilka, and soon to be ex-drummer Paul Kersey gleefully assaulted our senses and sensibilities with this cosmic good luck talisman of provocative thought, major chops, and self-diagnosed schizophrenia.

Like wise sages from the past and seekers of the new, Max Webster infused a molten core of then contemporary hard rock with a pure-intentioned, mankind-embracing Zappa-esque insight, along with ambitious, fresh, melody-blessed arrangements which took progressive rock beyond its pretensions into crystal blue cottage-rimming waters. And this was a debut record. Max Webster lived on the edge of probability no matter where they built camp, be it technical metal (Hangover), straight-up hard rock (Only Your Nose Knows), prog metal (Coming Off The Moon), wistful eccentricity (Toronto Tontos) or lush melodic pastures (Summer Turning Blue).

The wild thing about this record is that it floats miles beyond any simple comparisons. It rocks on many tangents, stirs the soul on many more, yet never throughout its multiple directives, sounds like the work of any other band. Max Webster wasn't merely flashing wisdom beyond its years, it was shooting from their collective palmistry, like Blue Oyster Cult lasers, wisdom beyond anyone's years, while somehow managing to dive right into the pool of everyday human endeavour, imperfections and all, the band never acting exclusive, aristocratic or above folly and fallibility. Eminently confusing but effortlessly enjoyed, Max there-hence and ergo played its debut hand, quickly establishing itself as a challenge to tried and true rock conventions, wielding an (illogically) strong, forceful, attainable statement swirled with ambiguity and disorientation. One of the greatest under-rated artistic achievements from the musical fringes. 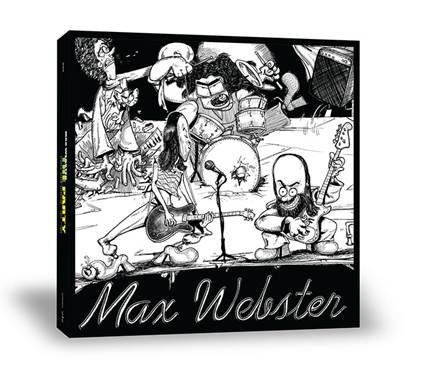