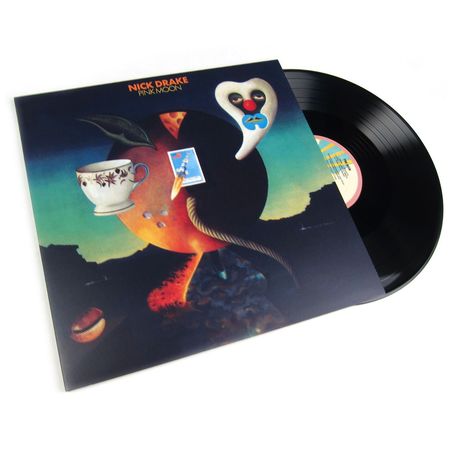 An authentic reproduction of the 1972 first pressing with the original gatefold sleeve.

A stark, solo 28-minute adieu, Pink Moon was the last album Nick Drake lived to complete. That it proved to be his last album lends a suicidal urgency, and much has since been read into its staccato bleakness. But even before his previous album, Bryter Layter, was released, Nick had decided that the next one would be just him and a guitar--"no frills" he insisted. There is little comfort to be found in songs like "Know" or "Parasite" but, in an irony Nick would have appreciated, an American car commercial featuring the haunting title track recently alerted a huge new audience to his music. Digital remastering has enhanced the sound of all Nick's albums, but perhaps Pink Moon has benefited most: its aural environment, now all-enveloping, lending a pristine clarity to that matchless singing and playing. Sombre it may be, but it is a mistake to view Pink Moon as a tombstone--or, indeed, Nick Drake as a victim. Enjoy his music. He did. --Patrick Humphries