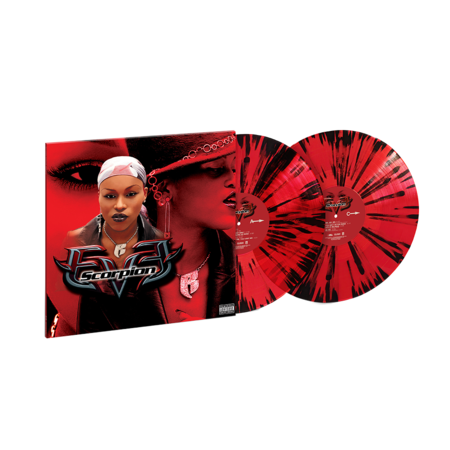 Scorpion is the second studio album by Eve. It was by Ruff Ryders Entertainment and Interscope Records on released 6th March, 2001.

The album’s title is a reference to Eve’s zodiac sign, Scorpio. It features the Grammy-winning hit single, “Let Me Blow Ya Mind”, a duet with Gwen Stefani, winning their first Grammy Award for Best Rap/Sung Collaboration, a new category at the time.

Scorpion was a critical and commercial success, debuting at number four on the US Billboard 200 and became her second consecutive number-one album on the Top R&B/Hip-Hop Albums chart. Scorpion was later certified Platinum by the RIAA on 10th May, 2001. Scorpion was also nominated for Best Rap Album at the 44th Grammy Awards in 2002 Scorpion will release on 16th April in 2LP 180 gram black vinyl and in a Deluxe version with colour vinyl.