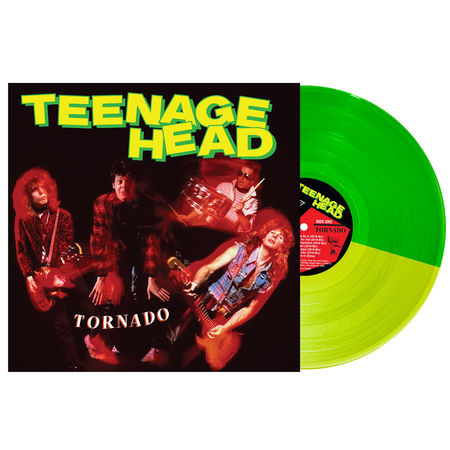 Originally a six-track mini LP, Tornado was the band’s first international release outside of Canada. For the 2019 reissue, this mini LP has been expanded with the vinyl now a 14-track full album and the CD/digital album containing 21 songs. Included on all formats are the six songs originally released in 1983, the new 2019 versions which have been remixed by music producer Mark Berry (David Bowie, Headstones, Billy Idol, Joan Jett), and never-before-released demos from 1982 that have been restored by Grammy Award-winning producer Peter J. Moore (The Band, Joe Strummer, Cowboy Junkies).

This limited-edition reissue of Tornado is packed with collector items including rare band memorabilia, a Teenage Head family tree outlining the history of the band which dates back to 1971, new liner notes and a forward written by original band member Stephen Mahon, and a pair of original concert tickets unique to each pressing.

The release of the limited-edition expanded reissue of Tornado on August 30 comes just days before Teenage Head’s hometown performance in Hamilton at the CFL Labour Day Classic half time show. For the September 2nd performance, the Teenage Head lineup will consist of the original trio of friends from Westdale Collegiate (bassist Steve Mahon, guitarist Gordie Lewis, singer Dave Rave) with the addition of Gene Champagne on drums.