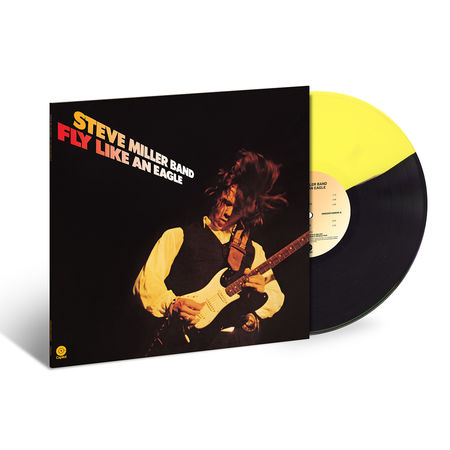 Fifty years after Steve Miller Band’s first two Capitol Records albums were released in 1968, the acclaimed group’s first nine studio albums have been remastered by Steve Miller and Kent Hertz for the first of two new 180-gram vinyl box sets to be released worldwide by Capitol/UMe.

One of the world's most commercially successful and acclaimed artist/bands in the history of popular music, Steve Miller was a mainstay of the San Francisco music scene that upended American culture in the late ‘60s. The Steve Miller Band released two LPs on Capitol Records in 1968: Children of the Future, and Sailor, whichincluded “Living In The USA,” which became a staple on the new rock radio format. Next came Brave New World, the band’s third album including the hit “Space Cowboy,” and “My Dark Hour,” which Miller recorded in London with fellow label-mate, Paul McCartney, who is credited as Paul Ramon.

After the band’s next few albums, Your Saving Grace (1969), Rock Love (1971), Recall The Beginning (1972), and Number 5 (1970), Miller made some changes to the band, went to Los Angeles and produced his own record in 19 days. That album was The Joker. The title track became a Number One worldwide smash hit. Miller had crafted a brand of pure pop that was polished, exciting and irresistible that dominated radio in a way that few artists have ever managed. His next two albums, Fly Like an Eagle (1976) and Book of Dreams (1977), both went multiplatinum, and the hits they generated are among the most recognizable songs in pop music history. Hit followed hit in what seemed like an endless flow: "Take The Money And Run," "Rock'n Me," "Fly Like An Eagle," "Jet Airliner," "Jungle Love," and “Swingtown,” to name a few. In 1978, Capitol released Greatest Hits 1974–78, which has sold more than 17 million copies worldwide. Miller’s had a worldwide hit with “Abracadabra,” the title track of his 1982 album and in 1986, a #1 Billboard Rock Album Track with “I Want To Make The World Turn Around.” To this day, his songs are instantly recognizable when they come on the radio. Their hooks are the very definition of indelible.