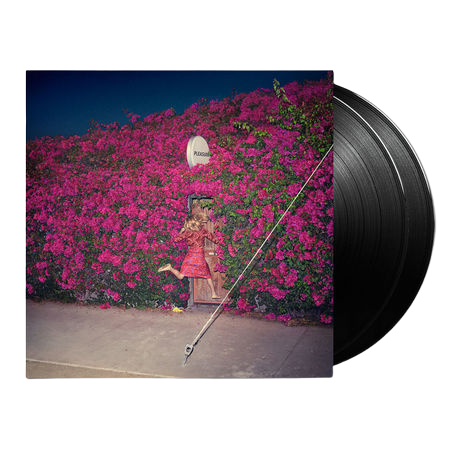 Feist’s first album in six years reflects on secrets and shame, loneliness and tenderness, care and fatigue and is at it’s core a study on self-awareness. As the fourth full-length from the Canadian singer/songwriter, Pleasure builds off the warm naturalism of the Polaris Prize-winning Metals and emerges as Feist’s most formally defiant and expansive work so far. And while each album marks a departure from the next, Pleasure finds the 4-time grammy nominee again showing the extraordinary depth of her artistry.

With its endless movement from austere stillness to frenzied intensity, Pleasure is both painfully intimate and impossibly vast, fine-spun and anarchic, spellbinding and shattering. Recorded over the course of 3 months—Pleasure was co-produced by Feist with longtime collaborators Renaud Letang and Mocky. In addition to reaffirming Feist as a cagily inventive guitar player, the album threads her shapeshifting and often haunting vocals into sparse and raw arrangements.

From its very first seconds, Pleasure proves resistant to any imposed expectation. Though it begins with a hush of stark guitar and understated vocals, the album-opening title track soon unfolds to encompass a plethora of moods, textures, and tempos–its shifts in tone both startling and hypnotic. Those tonal schisms endure throughout Pleasure, with Feist continually building moments of pain and wonder so extreme that the contrast feels thrilling and brutal. The result is an album that isn’t about its title so much as the dialectic between opposing forces of positivity and negativity and how those forces connect people.