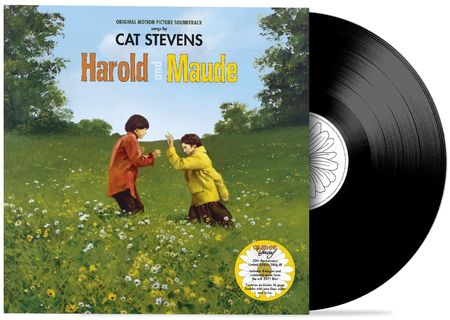 50 years since its release, the original motion picture soundtrack for Hal Ashby’s 1971 classic cult film Harold and Maude, made up exclusively of songs by Cat Stevens, will be released on February 11, 2022 in new 180g 1LP / 1CD / Digital release formats via A&M/Cat-O-Log/UMe. The new edition of the soundtrack will combine Cat Stevens’ nine original songs, as well as dialogue from the film, for the first time.

Previously unheard audio masters have been discovered in the Island Records/A&M archive for “Don’t Be Shy” and “If You Want To Sing Out, Sing Out,” and all audio has been remastered at world renowned Abbey Road Studios. This edition will also feature enhanced packaging including liner notes, lyrics, transcription of movie dialogue, and photos from the Paramount Pictures production.